Canon has yet made it again! Finally the company has recently unveiled its new member in the Rebel family of high end professional snappers, Canon T2i DSLR aka Canon 550D. Packed with massive 18 Megapixels CMOS sensor lens, the professional looking camera has a lot to offer you with a definitive performance. Full manual control and astonishing machinery will surely leave you with jaws falling right from the very first moment you will get a hold of it. Discovering the flawless photography saga is now no more alien for the avid shutterbugs. Although Rebel T2i is geared as an entry level DSLR with a variety of features and easy manual controls that make it a very powerful camera even for the advanced photographers as well.

This has simply showed up as an outstanding user friendly snapper and an energizing video recorder, the T2i is undoubtedly a complete package of media at affordable price range. Although it might seem commonsensical for the 550D to replace the predecessor EOS 500D, yet the old cousin is playing its own legacy of sorts in the Canon’s series of smart cameras. Additionally, the T2i hangs on to the workaholic features of its predecessors, so that the camera successfully unifies the best features of existing cameras with advanced technologies. But as a whole when I think of its killer features, I actually tend to fall in love with this modern marvel of technology. 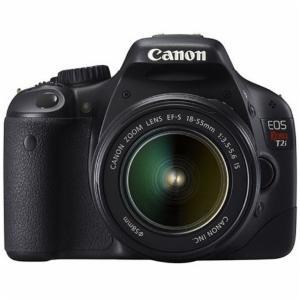 Well, the body design and make up is nothing much to brag about as the body of 550D is almost The body is more or less indistinguishable to its earlier members in the EOS family, while it stands it is slightly thicker than the EOS 450D aka EOS Rebel XSi. Furthermore, the snapper boasts an aggressive cut to the hand gripping portion which offers a perfect grip while clicking a shot. The rear portion is bolted with 3 inches LCD unit which is set at 1.04M color dots with 3:2 aspect ratio which means you have a perfect display output and video playback source outfitted in your camera. Furthermore, there are various functional keys dispersed at the rear and on the top portion which adds to the vast varieties of shooting styles. Moving onto the front, it’s embedded with mighty 18.0 Megapixels CMOS sensor. However, various mountable lenses like 18mm-55mm or 55mm-250mm or any other compatible lens can be attached to it depending upon the type of shot you are looking for. 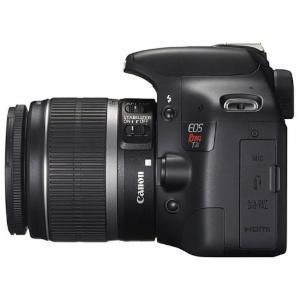 The snapper is capable of capturing high definition still photographs and videos at 1080p with a potent capacity to capture as many as thirty frames per second. While the 18 Megapixels promises to deliver amazing captures with cutting edge clarity every time you have a hold to this digital imaging tool. Apart from this, the snapper boasts several tempting features which cast their own spell. Aforementioned, the snapper is capable of shooting Full HD 1920 x 1080 pixels videos at maximum of 30 fps. However, with the help of manual exposure control one can adjust the fps from 30, 25 or 24. The included 3.7fps shooting mode and an outstanding ISO range of 100-6400 which can however be further expanded to 12,800 empowers in creating some masterpiece shots.

One of the best features that I found was the 63 Zone Dual Layer Metering Systems, which empowers to create memorable family portraits without any hitch. Offers the photographer to create memorable family portraits. For astounding produce along with fine detail and stunning color, the CMOS image sensor of the camera provides you the outstanding resolution and light sensitivity. Other features includes Highlight Tone Priority that accumulates up to one stop of every details of the highlighted areas, while the Canon's Auto Lighting Optimizer to augment to minimize the shadow detail by adding vivid contrasts to make a smooth scene. The Peripheral Illumination Correction automatically corrects and reduces the brightness of the subject. For diverse creative pictographic possibilities, the T2i features an integrated sensor cleaning system. 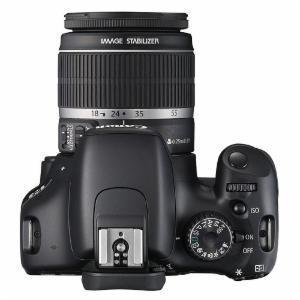 Consistent improvement in the Canon’s EOS series has brought up the best of the best results every time. Therefore, one is always sure that every passing year will bring about some changes in the Canon’s ongoing EOS series and that’s what the company is all about. Over here, Rebel T2i is amazingly blessed with noise reduction features that nearly eliminate the digital traces of the noise in the captures. So, image quality is certainly nothing to worry about when it comes to Canon’s legendary EOS series. The refined image processing of Canon is highly appreciable as it picks the best of everything. Even if you shoot at high ISO, the image quality will keep you amused. The balanced contrast offers natural stance to the captures and it highlights the bit of every detail and captures it all. 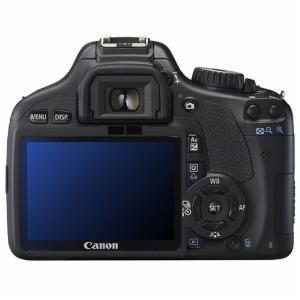 Undoubtedly, Canon’s Rebel series is doing amazingly well in every sort and aspect wherever they are put in use. As I say, big surprises usually come in small packages and that’s what is delivered over here. Considering its price and performance on a single scale then certainly T2i is a great success of the company and for the people it’s a great value. Excellent shooting and fun video recording is all what comes packed with EOS 550D.

Pumping out the wonderful captures and Full HD video at a very competitive price makes it a best pick for all sorts of photographers, whether advanced or even starters. Certainly, there’s no second thought that Canon’s line of DSLR cameras are the most user friendly and easy to operate digital imaging tools that are available in the market today. There’s always a slice of enchantment and surprise that comes laden with Canon. 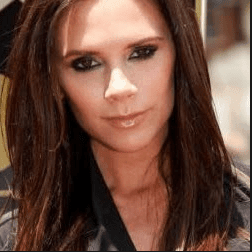