Photographers in the United States will soon see 4 new Canon PowerShot cameras introduced in March 2011. Each of the new cameras will feature the High Sensitivity (HS) system sensor processor combination, which gives rise to the rebranding of Canon's electronic photography (ELPH) compact digital cameras as the PowerShot HS line of compact cameras. The HS system technology was introduced in 2010 as a way to enhance low-light image quality.

The new PowerShot HS cameras make use of Canon's infamous DIGIC 4 Image Processor in combination with a high ISO level noise reduction CMOS sensor. With the HS combination consumers will be able to capture clearer images that contain less noise and blur even at lower light events such as wedding receptions. The new PowerShot cameras also sport the ability to shoot in High Definition (HD) video at a full 1080p with an onboard Dynamic Image Stabalizer system. Each of the cameras also features the new Movie Digest mode, which enables users to combine a days worth of videos into a single clip. Another enhancement included in the new cameras is Smart AUTO, which provides 32 different shooting scenes. With Smart AUTO the camera will automatically select settings that match the scene without requiring the user to switch modes. Also, Advanced Subject Detection was added to the Smart AUTO feature making it easier to capture fast moving objects such as birds in flight. 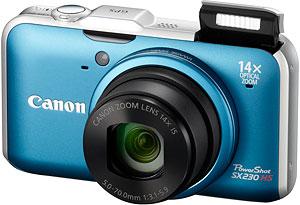 Available in Black, Red, and Blue the new Canon SX230HS takes the worry out of forgetting where a photo was taken by adding Global Positioning System (GPS) data from satellites so that each image records the latitude, longitude, and altitude of the camera and adds it to each images exchangeable image file format (EXIF). The camera includes map utility software to provide for viewing photos on a map to show where a photo was taken. New York City office parties and transoceanic airline flights may never be the same. Also cool is the ability to track a day's route on a map enabling even the most directionally challenged the ability to navigate Washington, DC's street layout with certainty. The SX230HS sports a 12.1 megapixel sensor coupled with a 14X optical zoom lens and image stabalization. To help aid in the capture of group images the SH230HS features a wide-angle 28mm equivalent lens. 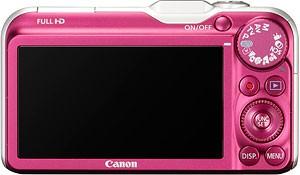 If your favorite colors are silver pink or brown the Canon PowerShot ELPH 500 HS may be just the compact camera for your needs. 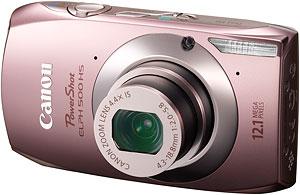 It features a 3.2” wide touch-panel LCD screen coupled with a 12.1 megapixel sensor and a 4.4x optical zoom. It packs an ultra-wide angle 24mm equivalent lens. The ultra-wide angle is perfect for taking large group shots such as graduation ceremonies. 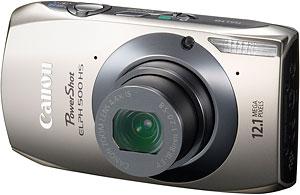 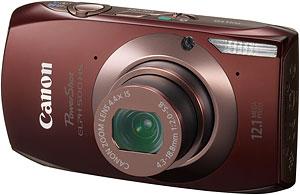 The PowerShot 300 HS ultra-compact features a 12.1 megapixel sensor while sporting a 5x optical zoom, a 2.7-inch LCD screen and a 24mm equivalent lens. It is available in black, red, and silver. The shutter speed on this camera is 15 – 1/2000 second. 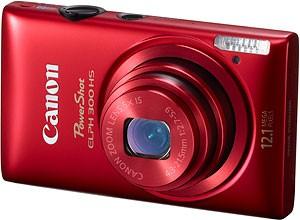 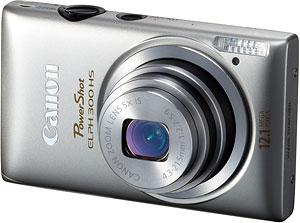 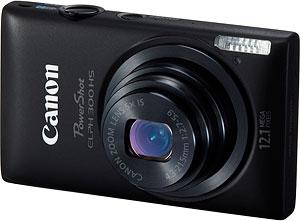 Scheduled for stores in March 2011 the planned MSRP for this camera is $199. 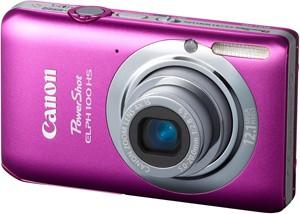 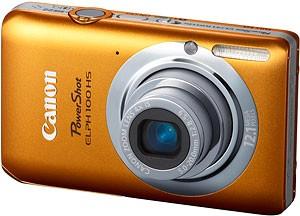 When shopping online for a new or used Canon PowerShot HS camera be sure to select from a reputable trustworthy dealer.  To learn more about PowerShot HS

cameras we recommend that you visit the user comments section found on Amazon.com. Bargain shoppers should visit the Canon Store @ RitzCamera.com

where you will find no sales tax and free shipping.

Jason Canon is the Publisher of the Canon Owners Exchange at http://Canon.org.  He has been an avid and prolific photographic artist for over 30 years.  Jason graduated from the University of Maryland and is now a retired computer geek.  Currently, he resides in Virginia with his wife Teresa, son Ben, and dog Pogo.